Hey all at GearTester once again from sunny South Africa!!! Today we start the presentation of a very versatile shooting rest from Caldwell with some phsics: Newton’s laws of motion are three physical laws that together laid the foundation for classical mechanics. They describe the relationship between a body and the forces acting upon it. Newton’s third law states that when a body exerts a force on a second body, the second body simultaneously exerts a force equal in magnitude and opposite in direction on the first body. This means that the momentum of a rifle’s reaction will exactly equal the momentum of the bullet and the powder gasses ejected from the barrel and in the world of firearms we refer to this reaction as recoil or kick.

The kick of a rifle cannot be predicted and is dependent on many factors which are not readily calculated. The configuration of the stock is very important. The drop in the stock will determine how much muzzle rise will occur, as well how you hold the rifle. The amount of cast off in the stock will determine in part whether the rifle rising in recoil will slap you in the cheek. The construction of the butt pad will determine how deeply the butt digs into your arm and the muzzle blast will affect your perception of recoil.

Battenfield Technologies is a leading manufacturer of shooting, reloading, gunsmithing and gun cleaning supplies through their brand Caldwell shooting supplies have designed the Caldwell Lead Sled DFT shooting rest to best reduce the above forces acting on your body .When you are up on the shooting sticks in the heat of the moment you might argue that you do not register the recoil yet sit and the range with your medium bore (375 H&H) to big bore (.500 Jeffrey) to do load development you will welcome the recoil reducing abilities of the Caldwell Led Sled DFT.

DFT stands for dual frame technology. It is this dual frame design that makes for a stiffer less flexible rest and allows for a more effective dispersion of recoil energy. The two upper frame tubes are set 3cm apart and this speaks to the versatility of the rest. One could argue that I am not in the market for a medium bore rifle so when looking for a shooting rest why would I consider this rest. The 3cm gap allows you to use a lever gun in my arsenal I have a .22 Marlin 39A lever gun and I can reload this rifle without removing it off the rest. The front cradle can travel along the two upper frame tubes for approximately 53cm allowing the rest to accommodate most rifles, shotguns and semi auto rifles, once you have the cradle in the desired position it is locked into place by depressing the two levers on either side of the cradle. The Lead Sled DFT weighs approximately 10 KG and when testing it on the range with my .22 Marlin 39A which weighs 3.5 KG and my custom 7x57mm weighing in at 4.5kg the rest held its position after each shot and did not shift at all on the shooting table. There is a large sheet metal pan at the front of the lead sled that is designed to hold two 11kg lead shot bags at the time of writing these were not available and on back order so I put together two 2kg sand bags for the test.

To double check how the rest would perform without the additional weight I fired one round of Nosler 300 gr factory ammunition from my Musgrave 375H&H Delux which weighs 4.7kg. The rifle has a 22inch barrel and I measured the speed of the bullet at 2384 fps. At the shot the rest shifted quiet considerably. This was not ideal for chronographing my loads as I did not want to have to reposition the rest after each shot so I added the two 2kg sand bags and placed masking tape around the feet as a reference point to see how much the rest would shift after the shot. Adding the additional weight to the sheet metal pan sorted the issue out and the rest shifted only 3mm. However this highlights the fact that when purchasing the rest I would advise you to also acquire the lead shot bags and fill them to the appropriate weight. I was in the process of working up loads for my 375 H&H using 270gr VRG3 Peregrines, Nosler brass, CCI 250 magnum primers and S335 powder. I loaded 3 batches starting at 66gr and ending with 67gr. The velocity ranged from 2541fps to 2606fps and through this velocity range the rest shifted only millimetres with the additional weight on it. The groups I managed to shoot ranged from 1.18 inches to 1.37inches and I can quiet comfortably state that without the rest I would not have been able to achieve this. The elevation control is the form of wheel and in its base is a ball bearing unit. The combination of the wheel and the ball bearings in its base allows for smooth and easy adjustments while you are focused on the target through your scope. Once you are at the desired elevation you tighten the knob which is situated to the left and below the wheel to secure the elevation. Do not be alarmed when you first assemble the sled and you increase the elevation using the wheel only to find that when you want to reduce the elevation the cradle does not drop this is because it requires the weight of the rifle in the cradle to allow it to drop. As mentioned earlier I have a .22, 7x57 and 375H&H ranging in weight from 3.5kg to 4.7kg and there was no problem in reducing the elevation with these rifles on the rest. The cradle has windage adjustments which I find very useful. You do not have to shift the rest to get your final line up just turn the knob clockwise to move the cradle right and anti-clockwise to move it left. At the back of the rest is a handy rear leg height adjustment knob. This is easily turned by the fingers of one hand and raises or lowers the rear of the sled. I used it to get the sled comfortably into my shoulder but it has a dual function whereby the rear leg adjustment can be used to fine tune the bullet impact on the vertical plain which I found very useful.

The Caldwell Lead Sled DFT come in a box and a bit of assembly is required. They do warn you in the instructions that as part of improving there offering to you they do pre assemble as much as possible and that they are continuously improving this. I found myself looking for a part that had already been pre-assembled, so take your time it is a relatively easy process.


Summary:
Although the Caldwell Lead Sled DFT is marketed towards medium and big bore rifles and its recoil reducing ability is what initially got my interest in the rest I was pleasantly surprised by its versatility? I was able to use it from my .22 Marlin 39A through my 7x57mm to my 375H&H. The Led Sled DFT is not cheap and sells for approximately R3750 depending on the gun shop but its ability to reduce recoil and allow you to shoot tighter groups across a range of calibres makes it a worthwhile investment. 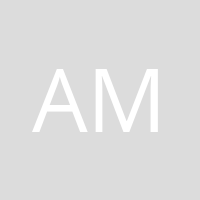